The History of Cannabis

Cannabis arrived in Sydney on the First Fleet in 1788. It was one of Australia's main crops until it was made illegal as a result of the 1925 Geneva Convention, which sought to control dangerous addictive substances such as opium and cocaine. Cannabis was a last-minute inclusion due to a lack of education around its uses and properties, and it is only in recent times that the movement for legalisation has gained momentum.

The past century, however, is but a grain of sand in the hourglass of time. For millennia before that, it was grown and utilised around the entire world. 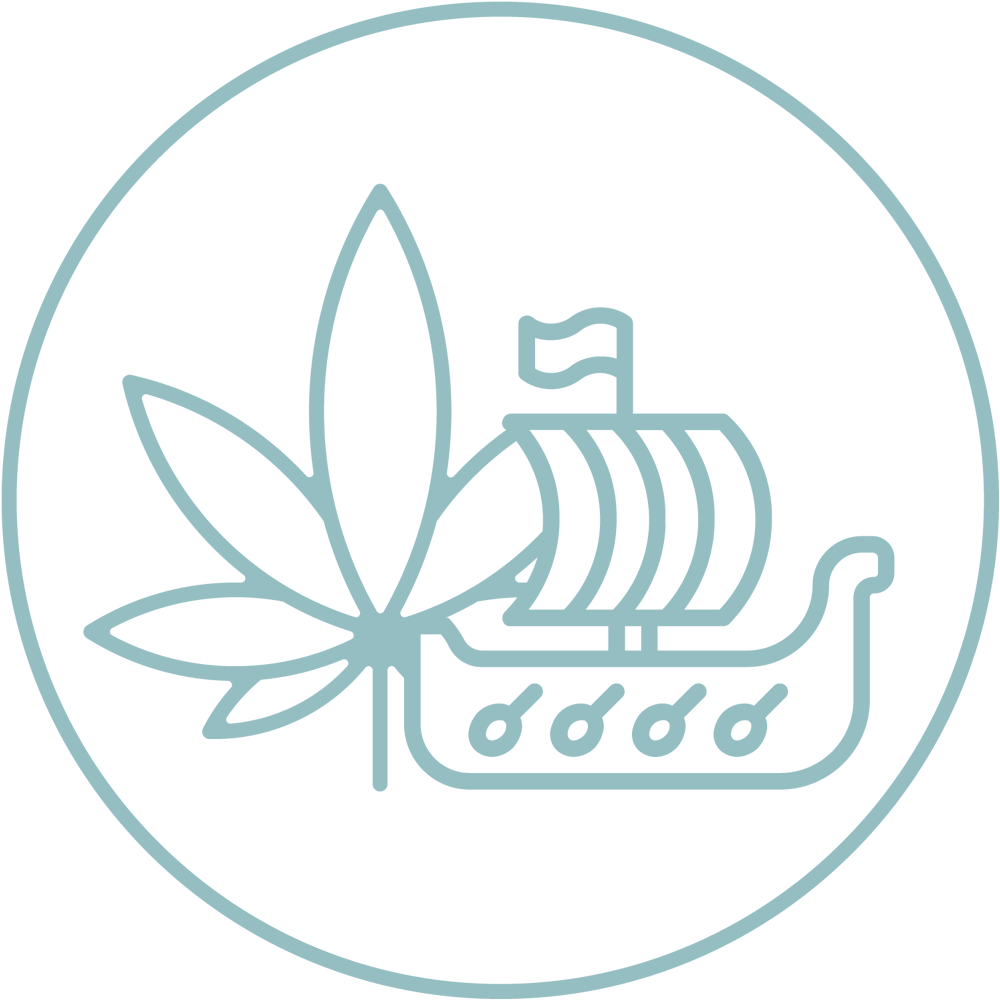 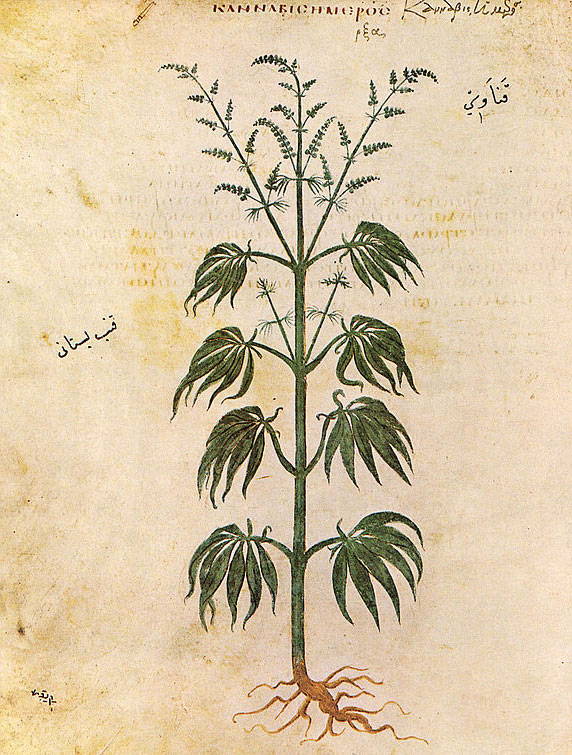 The Chinese had realised that the female plant produced stronger medicine, and so they began selectively breeding it to produce the desired traits. 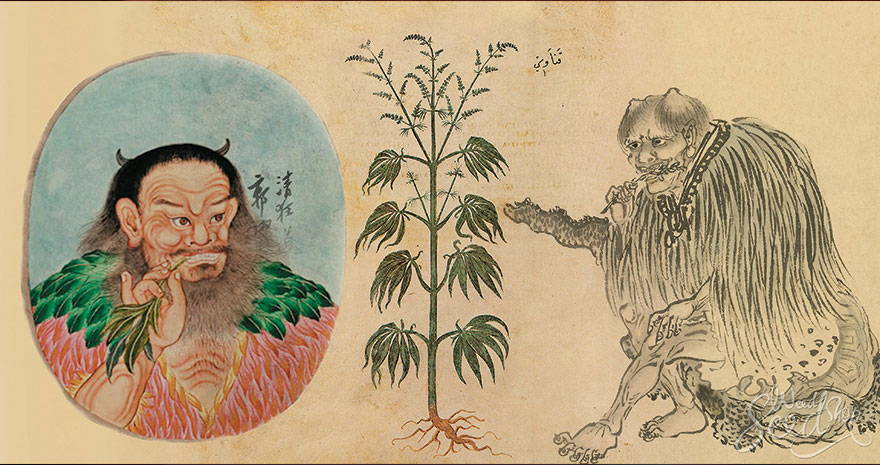 We first encounter archaeological evidence of cannabis in hemp ropes from China over 12,000 years ago. It was used for paper, clothing and even in warfare as bowstrings. Cannabis was also used as medicine in Ancient China. Circa 2700 BC, the Great Emperor Shennong began looking to plants for cures. Known as The Father of Chinese Medicine, he’s said to have experimented on himself with natural substances, which he compiled in an encyclopedia known as the Compendium of Materia Medica or Pen Ts'ao. While it is likely that stories of Shennong are a conflation of various truths and myths, the Materia Medica is still regarded as the most complete and comprehensive book in the history of traditional Chinese medicine.

One of the most potent of the drugs detailed in Materia Medica is cannabis, or “ma” as it was known. Ma was noteworthy because it held both the feminine “yin” energy and male “yang” energy. Yin is the dark side; yang is the light. The balance provides equilibrium and harmony, which is necessary for healthy minds and bodies. The Chinese had realised that the female plant produced stronger medicine, and so they began selectively breeding it to produce the desired traits. It was used to treat malaria, rheumatism, menstrual pain, gout and many other ailments. 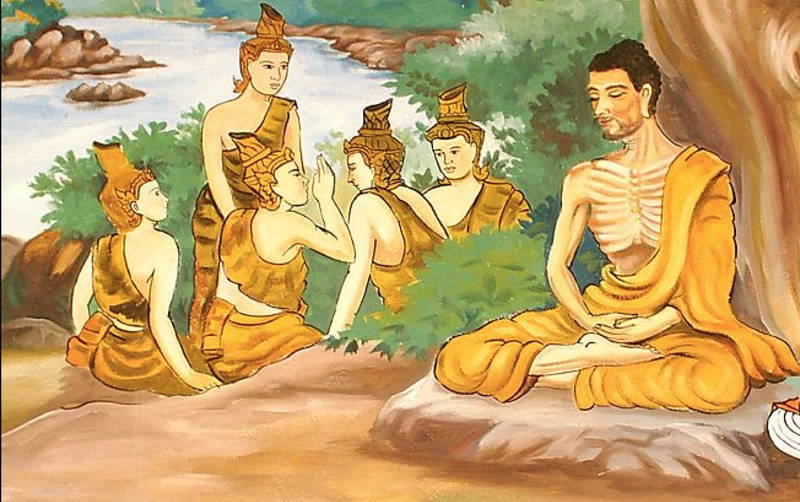 Hemp Spreads Across the Globe

Long before the Chinese began trading on the Silk Road route, the cannabis plant began to spread via nomadic tribes. From Ancient Egypt to Ancient Greece, from Christianity to Islam, cannabis became venerated as a sacred medicine. Religious sects of the Gnostics and Sufis revered its ability to let them see beyond the veil, while warrior sects the Scythians and the Nihang used it in rituals of meditation. The plant has long been associated with philosophy, spirituality and mental health. Some scholars even believe that the miracles of Jesus were due to his use of Cannabis Oil. Cannabis is woven through the fabric of the Arab world of old, and in India it had a major influence on the emergence of Buddhism. The Buddha himself was said to have spent years in meditation, surviving on just one hemp seed a day. From India, it travelled to Africa. From Africa to South America. 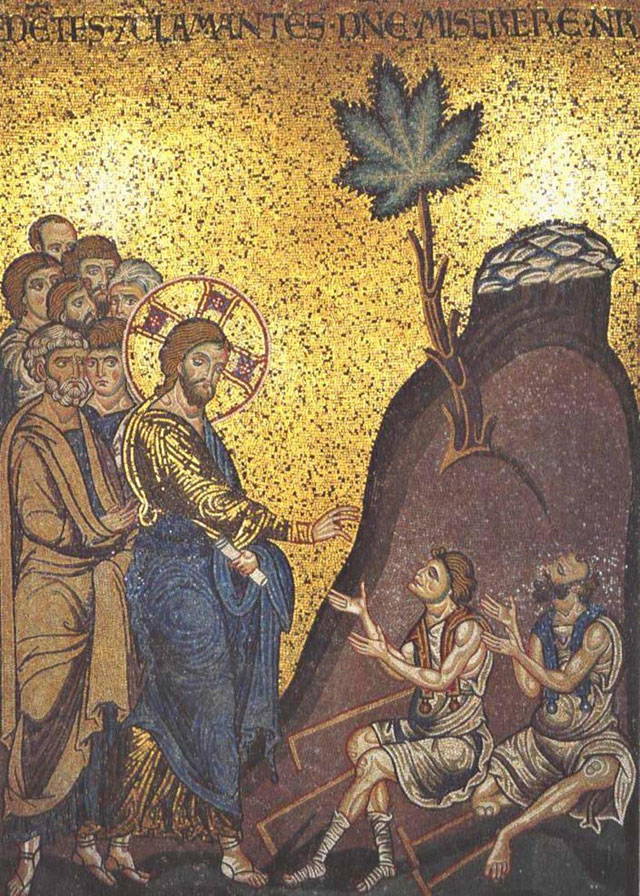 The plant has long been associated with philosophy, spirituality and mental health. 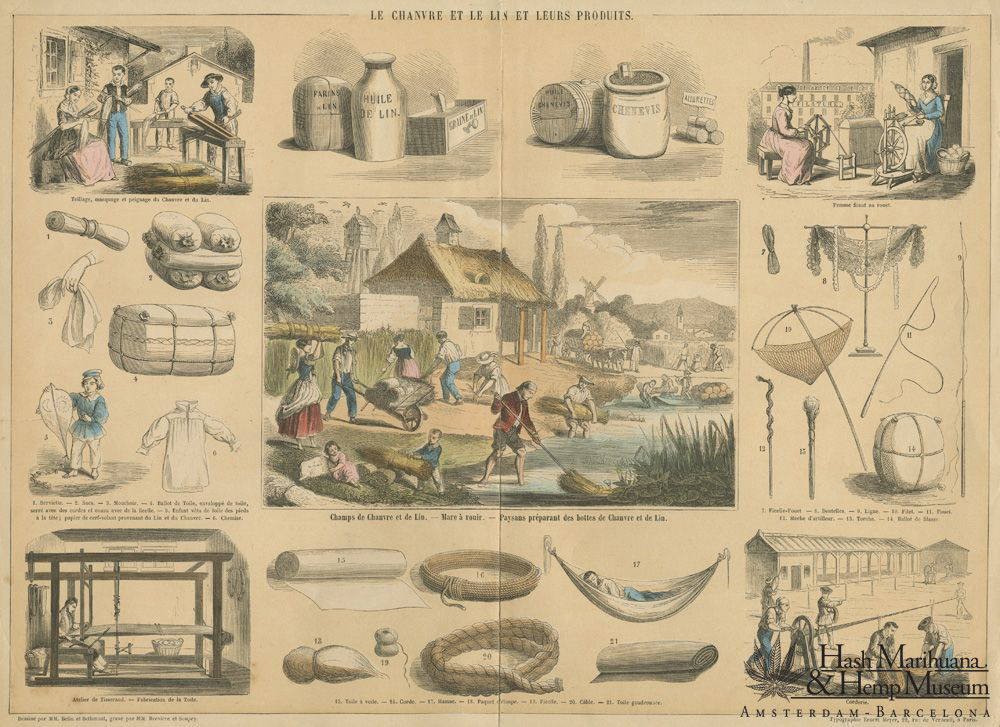 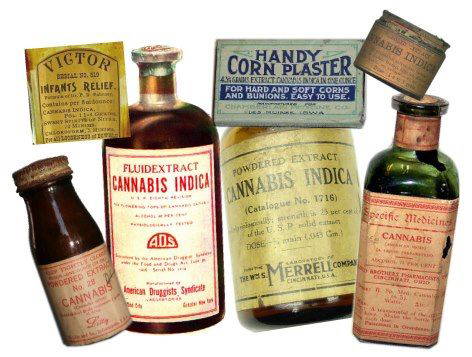 The Vikings used it for ropes circa 850 AD, while the Italians used it for sails around 1000 AD. In 1533, King Henry ordered all the farmers in England to grow hemp for industry, and Queen Elizabeth took things one step further in 1563, threatening landowners with a £5 fine unless they grew cannabis. Queen Victoria (1837-1901) used medical marijuana to relieve menstrual pain after Irish doctor William Brooke O'Shaughnessy introduced cannabis to western medicine. He learned of the plant’s properties while working in Calcutta with the East India Company, where for thousands of years the indigenous population had cultivated cannabis for both recreational and medicinal purposes.

The 19th Century saw hemp spread throughout the western world due to its superior qualities as textile. Extremely easy to grow and producing vast quantities of raw material, it requires less than half the water needed to grow cotton, meaning cannabis is an ideal plant in terms of sustainability. In a period of rapid industrial growth, cannabis was essential to societies racing towards modernity. In addition to industrial value, the plant began being used to treat a variety of medical issues. There were over 2000 cannabis medicines available, produced by more than 280 manufacturers. And then…it stopped. What happened? 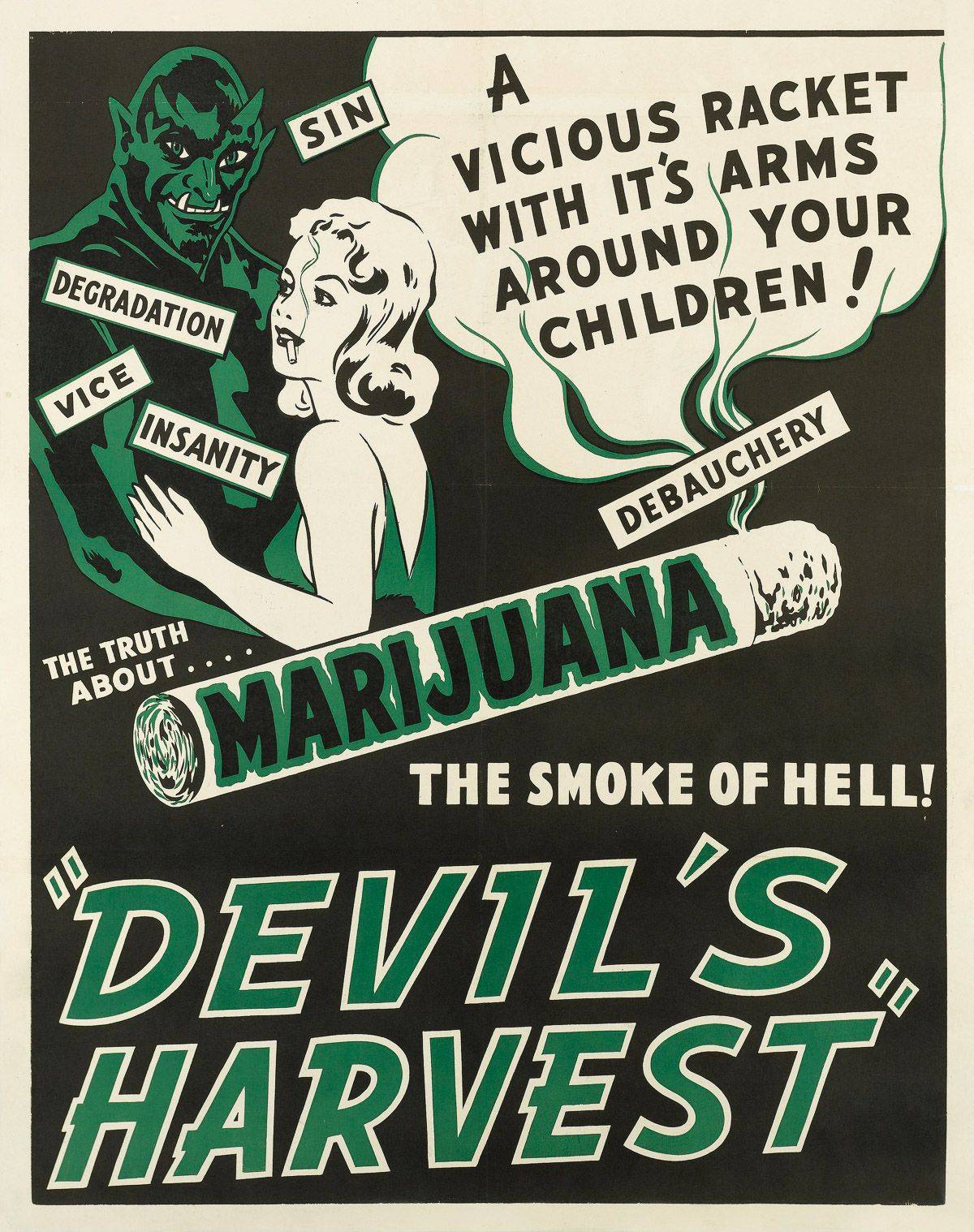 While the afore-mentioned 1925 Geneva Convention was the first step towards cannabis becoming illegal worldwide, since the late 19th Century it had become associated with the lower classes in Egypt and Turkey. These counties were undergoing rapid industrialisation, and keen to demonstrate modernity to their international neighbours. Stigma around social class and race led to suspicion around cannabis.

In the United States, propaganda campaigns claimed that Mexicans and African-Americans became drug-crazed rapists under the influence of cannabis, with the Federal Bureau of Narcotics pursuing plans to ban the plant after they needed a new focus following the end of Alcohol prohibition. Elsewhere throughout the world, a variety of reasons from Temperance crusaders to mistaken associations with the opium trade meant that cannabis fell out of favour with governments from India to Greece, South Africa to Brasil. For an in-depth perspective on the subject, please read this well-researched report by The Transnational Institute (TNI).

By the early 1960s, cannabis was illegal almost everywhere. Opposition to the Vietnam War was building, and youth culture in both America and Europe began to align itself with cannabis. Indeed, this is much of the reason why the Baby Boomers have embraced cannabis so whole-heartedly in the United States of today – they were enjoying cannabis at the same time that they were protesting against their government’s violent interference in South-East Asia, which didn’t end until 1975. It was U.S. servicemen on leave, and indeed the involvement of their ANZAC counterparts, which is credited with bringing cannabis into widespread recreational use here in Australia. Many young soldiers consumed large amounts of cannabis to deal with the boredom and horror of war, and later, in response to Post-traumatic stress disorder (PTSD). 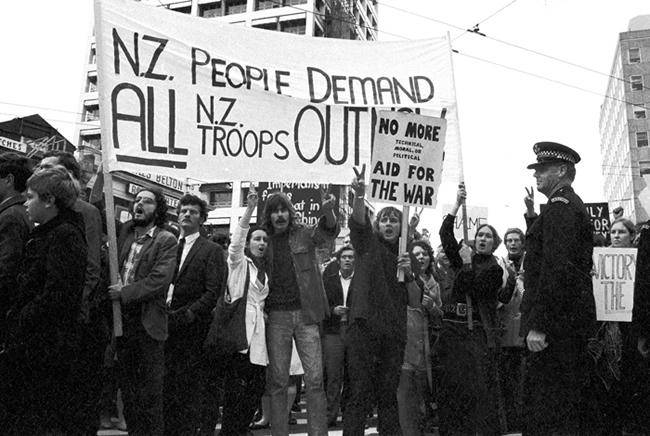 During the 1970s and ‘80s, the medical benefits of cannabis began to be explored around treatment in cancer and AIDS patients. By the end of the ‘90s, half a dozen of the United States had seen the light, with Alaska, Arizona, Maine, Oregon and Washington joining California by enacting medical marijuana legislation. The world took note, and a trickle turned to a stream. After the year 2000, that stream turned to a river, and by 2018 over half of the States in the USA had legalised medicinal marijuana, with Alaska, California, Colorado, Maine, Massachusetts, Nevada, Oregon and Washington all having legalised recreational use. The world took note, and post-Millenium, 21 countries worldwide have begun the process of decriminalising and legalising cannabis.

For thousands of years, cannabis has been a dietary staple, a medicine, a holy sacrament and a textile. It is time to reclaim the “Tree of Life” and ensure it’s fair distribution amongst the people of this planet. Contact your local MP and tell them how ridiculous it is that people don’t have access to medical cannabis here in Australia – find their contact details by typing your postcode in at this link. 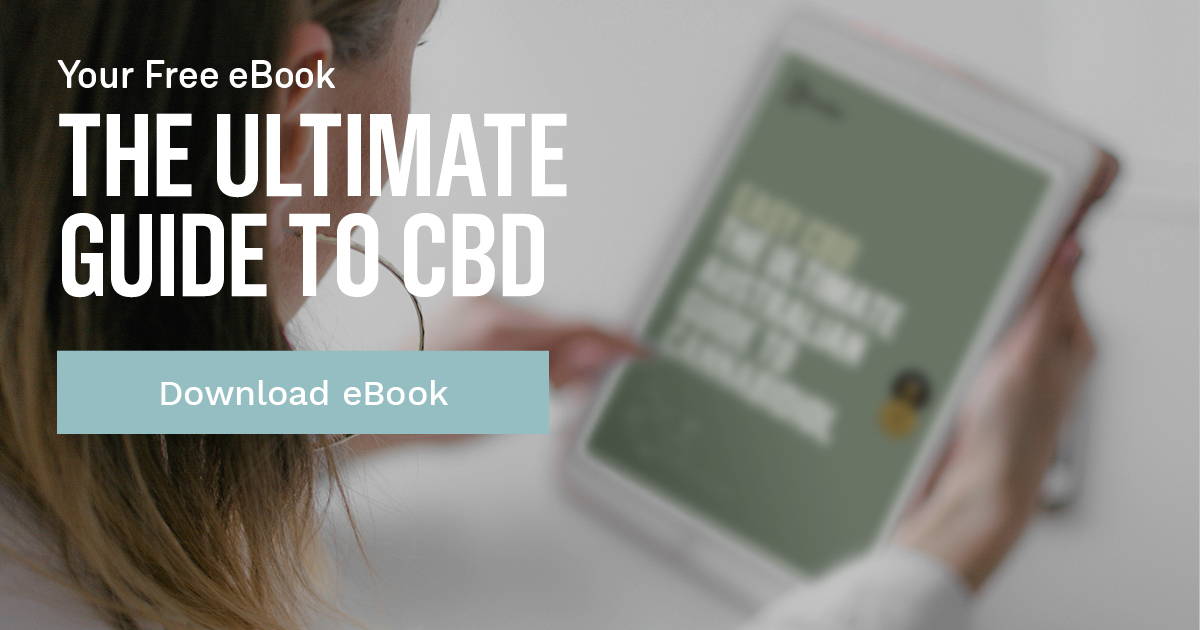